Here at Alpine Dispensary we spend a lot of time behind the scenes developing new products. The latest addition to our extensive CBD product line is called Awaken. It is an instant CBD coffee enhanced with nootropic compounds. We’ve been using it at work to keep us focused and energized. Awaken delivers instant results within minutes of ingesting the coffee you can feel the nootropic lift.

Nootropics are naturally occuring compounds that improve cognitive function, memory, sensory perception, motivation, protect neural connections, and do so without creating impairment of normal brain and body function. Bocopa Monnieri, Cordyceps Sineis Mycellium Extract and Huperzine Serrata are the three nootropics in our Awaken coffee that meet all of the 5 required qualities that make a nootropic drug nootropic. The current textbook definition of a nootropic drug evolved from the research of Professor Corneliu E. Giurgea. His paper The Nootropic Concept and its Prospective Implications, first published in the Drug Development Research journal in 1982, defines “Nootropics” and takes a tally of powerful known nootropics at the time of the study(1). His groundwork provided the foundation for modern research into nootropic drugs which have been extensively studied since. Compounds that do not specifically fit Giurgea’s criteria as nootropic are more broadly classified as adaptogens. 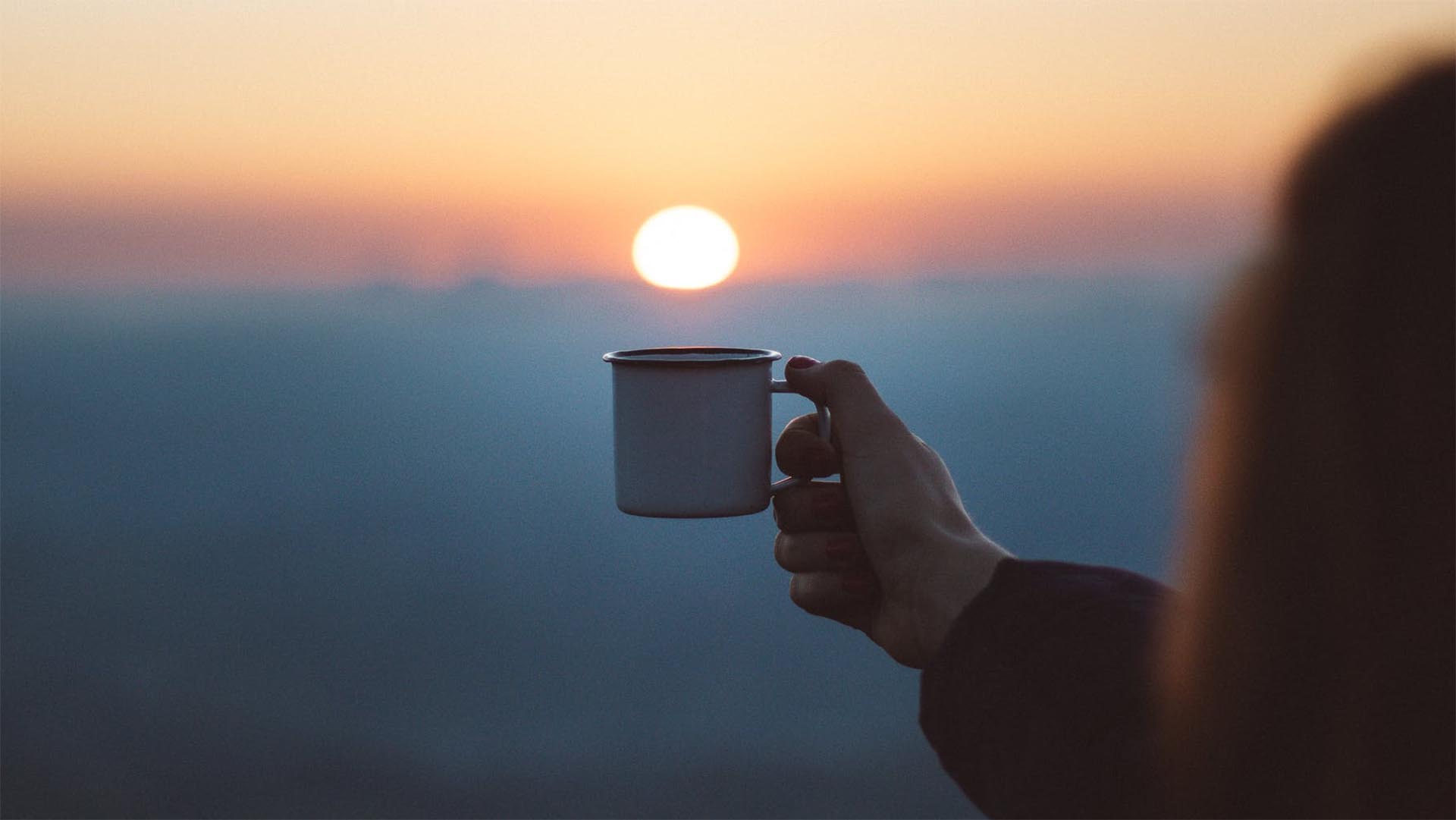 CBD falls in between adaptogen and nootropic somewhere. CBD is not psychoactive even though it does alter the mood in a positive way and speed up metabolic processes. Along with CBD two other cannabinoids might one day be considered nootropic, CBG and CBC. Cannabichromene (CBC), being the most likely of the three to check all of the the boxes. Both CBC and CBG work indirectly with the Endocannabinoid System through the TRPA and TRPV channels in the brain. They stimulate the ECS by boosting the production of the bodies natural endocannabinoids, anandamide and 2-arachidonoylglicerol (2-AG). Like CBD, CBG and CBC boost mood, protect nerves and work to balance the body.

The majority of the roots, herbs, mushrooms and fruits used in today’s nootropic products can trace their use back to the holistic traditions of different indigenous peoples. These ancient remedies were not called nootropics at the time; however, the practitioners of this medicine were well aware of what nootropics did for the brain. The popularity of nootropics exploded after the release of the movie Limitless, starring Bradley Cooper, in 2011. The movie paints an extreme picture of what nootropics are; Cooper’s character goes on quite a roller coaster ride. The nootropic drug depicted in the movie, NZT-48, ended up causing some pretty serious side effects, definitely declassifying it as a nootropic. The fundamental definition of a nootropic requires that any compound classified as nootropic will not interfere in any of the bodies natural processes and will not negatively affect brain function during the process.

CBD has nootropic properties but does not check all of the nootropic boxes. It is neuroprotective for example. CBD plays a role in metabolic processing of nutrients and other compounds that are in the body while CBD is present. CBD is the perfect cannabinoid to blend with nootropics because it will help them work even better by speeding up metabolic rates. CBD removes obstacles that impair cognitive function more than it gives it a boost like a true nootropic would. The concept of “stacking” compounds to create synergistic effects between those compounds is similar to the “entourage effect” from whole plant cannabis medicine. Our Awaken Coffee is a blend of 11 herbs, roots, mushrooms, and extracts in addition to CBD and premium Colombian coffee. Not all of these are nootropics but each one was specifically selected to provide a unique benefit. The CBD turbocharges the whole process, sitting still is not an option after you drink this coffee.

Alpine Dispensary’s Awaken Coffee is a powerful elixir designed to speed up your cognitive performance and energize your body. The most well understood energy booster in Awaken coffee is caffeine. Caffeine exhibits many properties of nootropic compounds but it fails to fully qualify because it can cause anxiety and jitters and a few other negative consequences for some people. The CBD in our coffee is there to offset the negative side effects of the caffeine without reducing the potential energy created. Remember, the CBD will also help the body process the caffeine and all of the other compounds in Awaken. All of which have many of the criteria required to be considered a nootropic.

Three nootropics in Alpine Dispensary’s Awaken Coffee meet all five of Giurgea’s precepts. Bocopa Monnieri is one of the three, also known as Brahmi, Herb of Grace, Water Hyssop and Indian Pennywort. The knowledge and use of this powerful nootropic comes down from the Aryuvedic traditional medicine. It has been used for millennia to enhance brain function, combat anxiety, treat concentration problems, and protect nerves. A peer reviewed article in the journal Current Neuropharmocology claims that the active compound in this plant is what is known as a bacoside, it protects neurons from overoxidation and decay. “In vitro and animal model studies revealed the promising role of B. monnieri in the treatment of epilepsy, anxiety and other neurodegenerative disorders. Oxidative stress is the state where free radicals cause an imbalance in the homeostatic defense mechanisms of the cell.”(2) Bocopa Monnieri is a supercharged antioxidant that protects your brain. A couple of words stick out to me here, free radicals and homeostatic. Free radicals are the target of about every healthy product on store shelves every where, they are quite readily defeated by this herb. The other word homeostatic is the adjective form of homeostasis. We know that the end game of the ECS and CBD relationship is homeostasis. Free radicals prevent homeostasis. Bocopa Monnieri gets free radicals out of CBD’s way,

“Traditional healers in Sikkim recommend the fungus Cordyceps sinensis for “all illnesses” as a tonic, because they claim that it improves energy, appetite, stamina, libido, endurance, and sleeping patterns…Initially local herders observed that yak, goat, sheep, etc. consuming C. Sinensis during their grazing in the forest became very strong and stout. This observation paved the way for the discovery of its medicinal value…Then they themselves consumed it and became convinced of its medicinal effects in enhancing vigor and vitality.” (3)

The paper goes on in detail about the research of Panda and Swain in regards to the Sikkim traditional use of Cordyceps SInensis. Many studies have backed up the research of the local sheepherders and shamans and grandmas. What I garnered from reading the paper, beyond the information on Cordyceps, is the pathway by which plant medicine makes its way into culture. People observed positive results in animals and experimented on themselves. Over the course of decades it became a tried and true remedy for a lot of different things. I can almost hear the conversations now: “Hey it works with this, I wonder if it will work on that?”… “Well the sheep are fat and happy, Let’s give it a try!”

The study shows that Huperzine A helps Alzheimer’s Disease by raising acetylcholine levels. Acetylcholine is a powerful neurotransmitter that protects our nerve cells where they connect. If you’ve read my blogs on THC ∆8, then you know it works by raising the levels of acetylcholine too. The difference here is that Huperzine A does not provide the same additional benefit of a buzz. It does however boost your mood and give you energy while keeping your head remarkably clear. Compounds like Huperzine A stimulate the brain in a uniquely different but complimentary way to the phytocannabinoids found in the Cannabis plant.

Like caffeine, eight other compounds in Alpine Dispensary’s Awaken Coffee, are considered to be nootropic by a lot of folks. For one particular reason or another, they don’t check all of Giurgea’s boxes and by default are labeled adaptogens. Adaptogens work to reduce stress on the central nervous system and other organs through the HTPA axis. Alexander Pannossian and Georg Wikman compiled and reviewed known research on adaptogens for the journal Pharmaceuticals in the January 2010 issue. They define an adaptogen as follows:

“Adaptogens were initially defined as substances that enhance the “state of non-specific resistance” in stress, a physiological condition that is linked with various disorders of the neuroendocrine-immune system. Studies on animals and isolated neuronal cells have revealed that adaptogens exhibit neuroprotective, anti-fatigue, antidepressive, anxiolytic, nootropic and CNS stimulating activity. In addition, a number of clinical trials demonstrate that adaptogens exert an anti-fatigue effect that increases mental work capacity against a background of stress and fatigue, particularly in tolerance to mental exhaustion and enhanced attention.” (5)

The adaptogens in Alpine Dispensary’s Awaken Coffee, like Ashwaganda and Rhodiola Rosea extract, work on relaxing the body from chronic fatigue and anxiety in addition to off setting the effects of the caffeine and other stimulants. The 5HTP from griffonia simplicifolia is pretty much a plant version of serotonin and helps fight depression. Yohimbe and Eluetherococcus boost memory, blood flow and athletic performance. Astragulus root has been added to boost the immune system and process toxic chemicals out of the body. Each of these compounds have unique properties that supplement each other to awaken the body and mind.

The end game with adaptogens, nootropics, and cannabinoids is homeostasis. When “stacked” in specific proportions the effects of each are amplified to take the body towards levels of unprecedented efficiency. In Alpine Dispensary’s Awaken Coffee, we combine all of these powerful substances into one beverage. Simply heat water and stir in the potion. After a few moments you will feel this coffee change your mind.

For more information on any of our products call us during store hours at 1-855-420-HEMP, visit us in person at either of our Helen, GA locations or track us down on social media.

5. Panossian A, Wikman G. Effects of Adaptogens on the Central Nervous System and the
Molecular Mechanisms Associated with Their Stress-Protective Activity. Pharmaceuticals
(Basel). 2010 Jan 19;3(1):188-224.
https://www.ncbi.nlm.nih.gov/pmc/articles/PMC3991026/ 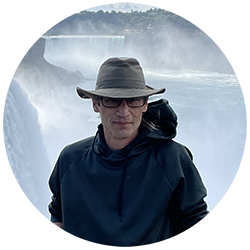 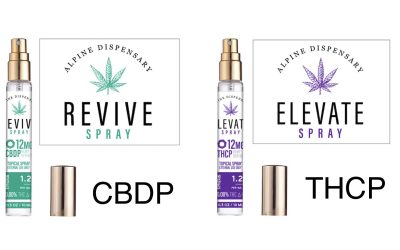 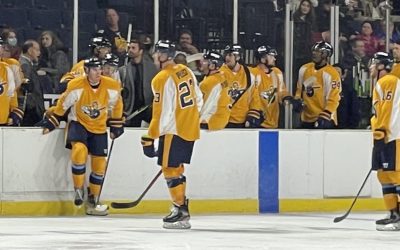